Between Brexit and independence: the Home Countries and the UK election - Nationalia

Between Brexit and independence: the Home Countries and the UK election - Nationalia: Cornwall’s battle for better funding

Without having a devolved Parliament, Cornwall —the smallest of the UK’s Celtic nations— has a more limited margin of autonomy. The Cornwall Council has executive, but not legislative, powers.

The Council’s cabinet, made up of members belonging to the Liberal Democrats and independents, is currently calling for “adequate funding” from the UK to be able to “protect local services” delivered to a 570,000-strong population.

The Liberal Democrat election manifesto includes their commitment to legislate to “establish devolved governance” towards new authorities, “for example to a Cornwall Assembly or a Yorkshire Parliament,” without clarifying whether such bodies will have law-making powers or not. Neither the Labour nor the Conservative manifesto envisage anything of the kind.

Dick Cole, a candidate for the pro-autonomy Mebyon Kernow (MK, centre-left), is running for election. MK calls for the establishment of a devolved National Assembly for Cornwall, with ample law-making powers.

It's not that Cornwall became part of England, it's just that the English forgot Cornwall was not part of their country.

Labels to other blog posts 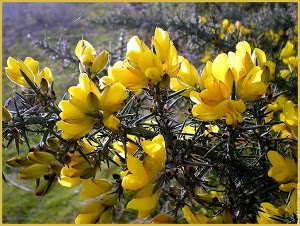 For documents on the Cornish question and much more besides

Joining the dots on independence movements in Europe